Aquaman is Great! – Naturalism and Movies 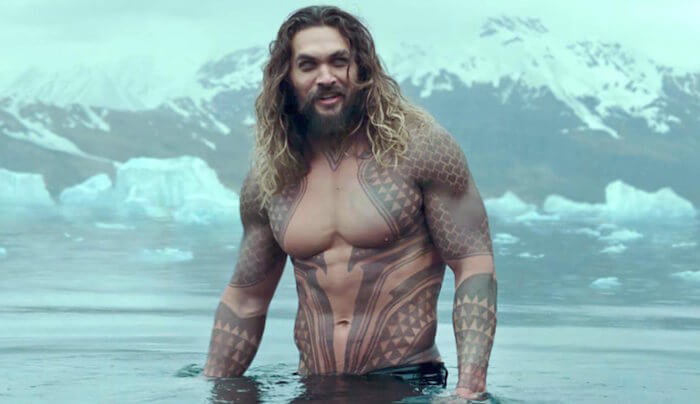 You’re not wrong in hating Aquaman. But! If you throw away the necessity to live in a real world and assimilate into the unusually consistent, but silly language of the movie, you’ll have a good time.

Here’s the argument that I will make for you to enjoy Aquaman. Aquaman feels like a singular vision and is remarkably cohesive. It’s not that Aquaman is a bad movie – you just didn’t buy into its campy tone. Which is so fine.

The logic of Aquaman makes sense if you come to it on its own terms. This movie should not exist because it would have been made in 1984 for $6 million and star Dolph Lundgren. It’s a late 1970s/1980s Star Wars ripoff that is a combo high-fantasy/soap opera that just happens to take place underwater. Also, it’s budget is at least $200 million.

Aquaman has more in common with the Joel Schumacher Batman films that Wonder Woman or its other DCEU progenitors. Except where Schumacher is grotesquely over the top, Aquaman plays it really darn straight despite also having an octopus play drums. If it weren’t for Jason Momoa having a foot slightly out of his circumstances (acting as audience surrogate in making fun of some of these things), it wouldn’t have worked.

You are allowed to not like the “feeling” of this script, I will never fault you for that. But to call it a bad film might be unfair. Rarely does it violate its absurdly over the top logic. When it does, it’s to have Momoa do something badass so as to let the audience in on the absurdity of the situation. Orm (Patrick Wilson not playing schlubby, but playing very Aryan instead) has a wonderfully goofy combination of exposition and yelling at the top of his lungs. For me, it works swimmingly, as it’s the kind of tone that solicits giggles of, “Wow, they know this is silly and they love it.” But I totally understand if you think it’s dumb.

The visual language of Aquaman one of the cleanest that I’ve ever seen for a movie that dares to pack the frame so densely with things. There were times where I was reminded of Star Wars Episode III in terms of (literally) throwing the kitchen sink into the frame. But, where that movie had an apathetic direction to it, Aquaman is incredibly clear.

The fights benefitted from using long, unbroken shots that were also brightly lit. This helps establish geography and characters clearly. Rapidly moving, floating cameras like the one in Aquaman can often take folks out of a movie (see: Man of Steel), but if you match that with interesting visuals (Oceanmasters on sharks) or well-choreographed fight scenes (the opening battle with Atlanna against the underwater Power Rangers).

I can’t believe that I was able to track a battle that had what seemed like millions of soldiers along with a combination of crab people and soldiers on top of sharks and seahorses. But I was. Which is a miracle (I think brevity also helped in that final action sequence).

The thing you can argue against is the tone of this movie. Aquaman asks a lot. Can you buy a main character that is a whiskey swigging Atlantean who has to unite 7 clearly established kingdoms, each with their own silly sounding mythology, and has a love interest with :

This is where the beauty of meeting a film on its own terms comes to play. One of my favorite movies that I watched in 2018 was Down with Love (which is not from 2018).

Down with Love is a no-sex sex comedy whose visual language and script felt like they were ripped out of 1962. The film flopped hard at the box office because the studio had no idea how to market it. Which makes sense because it felt like a film from 1962.

To have a film like Down with Love be successful, you have to ask plebians (i.e. people that watch movies for relief from the hellhole of modern society and not for academic purposes to gain a modicum of superiority over someone that likes Transformers) to completely reorient their own trains of logic to enjoy the movie.

It’s not impossible (see: Toy Story, A Bug’s Life, and many animated movies). But there’s also an ascribed attachment of a completely different vocabulary where adults will shrug and buy into it(“Animated movies are for kids, so I can see how my nibling Brill will like this [Brill is my brother’s kid and is also gender fluid]).

For live action movies, we expect realism. We can imagine touching Jason Momoa because he looks real. Because the world looks real, we expect it to operate by rules which are close to our own. I believe this to be inherent because it would be silly to expect otherwise. If I go to shake your hand, I expect to grab your hand and not expect it to turn into donuts.

This is why Iron Man operates in a post-9/11 world and why he’s grappling with the issues of colonialism through the military industrial complex. This is also why Marvel got to the “sillier” aspects later. If you walked in 10 years ago and pitched Infinity War, you would literally get assassinated. But it makes sense now because Marvel has built up that silly tone over time. You’re used to it.

Most folks are seeing Aquaman either because of a) the 10 years of groundwork that Marvel has laid, b) they’ve seen the other DCEU films and liked Jason Momoa’s Aquaman, and/or c) going in without any notion of this character, but like comic book movies. I’m sure there are other letters, but I believe these 3 illustrate my points AND go to the issue of why you don’t like this movie, but I do.

In short, I liked Aquaman because I’m a nerd. You are not.

Together, Together and the Dread of Loneliness
April 29, 2021

Into the Spider-Verse and Survivor’s Guilt
December 23, 2018

The Case Against The Apocalypse (in Movies)
December 9, 2018
Leave Comment